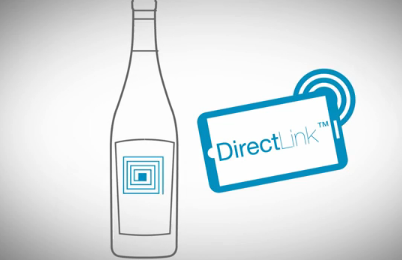 Smart labels are classified as anything beyond traditional print methods that can be used to add to a product’s functionality. Such technology is becoming cheaper and smaller, making them more viable.

Earlier this year, Mary Greenwood — the director of new technology and business development, materials group, Avery Dennison — had to purchase a new washing machine for her home. After making her selection and arranging for it to be delivered, she was surprised upon the appliance’s arrival to see a small image of a smartphone on the machine. Naturally, Greenwood took her phone and held it up to the image on the machine. From there, she was prompted to download an app, which enables her to now start her washing machine from anywhere in the world. The app also allows her to access the machine’s user manual.

“Really, what (the manufacturer) wanted to do was continue to communicate with the customer,” she says.

While a washing machine sticker might not have much to do with packaging, Greenwood’s experience is a prime example of what brands are increasingly attempting to accomplish with smart label packaging — keeping in touch with the consumer beyond the store.

“There are a number of different uses for smart packaging,” says Greenwood, who defines “smart labels” as any type of label with technology that can extend the functionality and/or content of labels or packaging beyond traditional print means. “It can be NFC (near field communication) and that’s a microchip. A consumer just has to hold their phone close to the package and that brand could deliver any kind of digital content. NFC can do that, image recognition can also do that, a QR code can do that. But there are differences in those technologies.”

With NFC, for instance, usually an app isn’t required for the phone. Greenwood says most phones these days include software to accommodate NFC and estimates that some 1.2 billion NFC-enabled smartphones will be shipped by 2018. Image recognition and QR codes offer the same type of data access, but usually require consumers to download an app to access it via these means. Another smart label technology gaining momentum is sensors and microchips.

“There are a lot of time and temperature sensors and data loggers in the marketplace today,” Greenwood says. “Because of the way sensors and microchips have gotten so small, you can now incorporate that technology into something that’s the size of a label or as thin as a label.

“There are so many different things that are being developed, particularly around the microchips and sensors. Someday, you could see that food companies could guarantee freshness and quality all the way from farm to table.”

Greenwood says Avery Dennison has an increased focus on directly connecting to the consumer, an initiative that is evidenced by a recent project with natural cosmetics company Mineral Fusion. Avery Dennison’s DirectLink NFC-enabled labels were placed on Mineral Fusion’s 2015 cosmetic collection products that were delivered to Whole Foods stores. With just the swipe of a smartphone over the label, consumers were able to access video content about the products. While this particular application was with paper labels, Greenwood says that many companies are testing NFC — and other technologies such as image recognition and QR codes — to figure out the best ways to utilize it, when it comes to both paper and film labels.

“You use NFC in everyday life and don’t even know it,” she says. “If you use card access to a building, you’re using NFC. What (we’ve) been focused on is that direct connection to the consumer. How do I connect to that consumer? How do I get close to that consumer directly from my packaging? It’s a way to continue messaging after you bring the product home.”

Greenwood says it’s fair to classify smart labels as still in the “elementary phase” of development, and one big reason why is due to awareness.

“I don’t know if you remember when QR codes came out, people were going ‘what are those?’” she recalls. “The awareness is going to come — just how soon?

“I really think it’s going to take packaging to a new level.”

NFC has a unique ID, which means that every chip has a unique ID. And this feature of the technology makes it an ideal one for product authentication purposes, notably for products in the wine and spirits and luxury goods sectors.

Posted on flexpackmag.com by Eric Fish