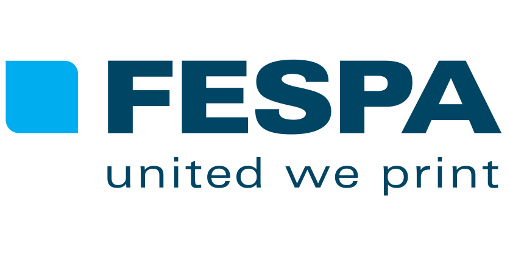 Fespa Digital 2016 will return to its birthplace, the Amsterdam RAI, next year, while this year’s flagship event is inching towards being a sell-out with more than 95% of the floorspace taken.

Amsterdam previously hosted Fespa Digital in 2006 and 2009, although, according to Fespa, the venue has been significantly revamped since it last played host.

Next year’s event could also be the last show to be branded Fespa Digital, with the organiser set to consult exhibitors, members and visitors on a proposal to simplify the brand to just ‘Fespa’ – in effect making it an annual event that incorporates screen printing.

“Talking to our screen community, they’ve fed back that while they don’t necessarily bring new products to market as quickly as the digital community, us being prescriptive on the main Fespa dates meant that it didn’t always correlate with their product cycles,” said Roz McGuinness, Fespa divisional director.

“So they’ve asked us to look at ways they can be involved in the intervening ‘Fespa Digital’ years.

Ordinarily the flagship, five-day Fespa show is a triennial event, with the shorter, four-day Fespa Digital taking place each of the two years in between. However, while the last main show took place in London 2013, the date for the next flagship show was bought forward from 2016 to May this year to avoid a clash with next year’s Drupa.

McGuinness stressed that the change in brand was still being discussed and no decision had been made, and it wasn’t just a backdoor way of making the main Fespa an annual show.

“It already is an annual show, so this isn’t a change in cycle, it’s simply something that we’re considering to make the events more inclusive to our entire community. Some years we may have more screen, some years less, but we’re just looking at ways to allow the exhibitors themselves to make that decision rather than us do it by branding a show ‘Digital’ or not,” she said.

Regarding the duration of an annual Fespa, McGuinness said this could be decided on an annual basis, again based on market demand in any given year.

“With all the venues we’ll be looking at [after 2017] we will be asking for an either/or option on the number of days, so that we have the flexibility,” she said.

“It’s all up for discussion though, we wouldn’t make any decision without the support of the market; we’ve made no firm decisions.”

However, according to Paul Cripps, EFI EMEA managing director: “Whether it’s four days or five days, I don’t care as long as it’s busy.”

“It’s up Fespa to be smart enough to continue to deliver a show that keeps the companies that have invested to be there as busy as they have been up to now and continue to see it as a value-add.”

This year’s five-day, flagship event in Cologne is 98% sold out, with more than 710 confirmed exhibitors.

“There are a handful of stands available, but we can’t go any bigger and once the space is gone, it’s gone,” said McGuinness.

As well as regular features such as the Wrap Cup and the Sign Hub, as part of European Sign Expo, this year’s event will also boast a number of new elements, including the free Fespa Education Hub, Industrial and 3D showcases and a showcase focused on the potential opportunities in printed interiors, which will also be the subject of a standalone conference.

The dedicated Printeriors conference on 21 May will feature a number of leading figures from the architecture and design fields, including Red or Dead founder Wayne Hemmingway.

“Printeriors will be one of our main focuses this year, but Cologne will have so much to offer visitors in terms of product innovation from our exhibitors and educational content from us and our partners that I seriously doubt that visitors will be able to make the most of the opportunity in just one day,” said McGuinness.

Fespa takes place at Kölnmesse in Cologne, Germany from 18-22 May. For more information, visit 2015.fespa.com

By Darryl Danielli at printweek.com

Can ‘digital pence’ ever add up to the ‘print pound’?